What Employers Need To Know To Prevent Workplace Violence

By now, less than a week later at the time of this writing, the deaths of 12 people from workplace violence in Virginia Beach, VA is no longer in the news.  Our society has become so inured from school shootings, workplace violence and other senseless acts of violence that we’re no longer shocked when they occur. We weary at the thought that it’s happened again and then we quickly move on.

In the Virginia Beach case, there was no indication that the shooter, a municipal employee who had resigned that day, was about to go on a killing rampage. His work record was satisfactory and he was “in good standing within his department” according to the City Manager. A co-worker indicated, “There was no warning whatsoever.”

The absence of warning signs is not typical. Half of mass workplace shooters had exhibited prior warning signs according to one recent study funded by the Justice Department.

Workplace violence is not uncommon

Whether required by law or not, preparing for any type of workplace violence is key to prevention. There is no one-size-fits-all-plan, but a recent article in MarketWatch by Meera Jagannathan outlines steps that experts recommend: 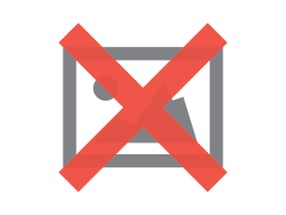 Employers should inquire with their EAP or other behavioral health partners to find out what type of workplace violence services they provide. At Espyr, in addition to participating on threat assessment teams, we provide Workplace Violence Prevention training for employees and managers. We provide consultation with managers when there is concern with a specific employee or about policy development. For occupations such as law enforcement or security, we provide Fitness for Duty evaluations to determine if psychological issues are or would impair function or create a risk of violence. Finally, we conduct threat assessment and consultation services aimed at helping employers discharge a potentially volatile or at-risk employee and mitigate the possibility of workplace violence upon termination of employment.

Espyr is a leading behavioral health company with a mission to help employees and organizations achieve their full potential. To learn more about our workplace mental health programs, including workplace violence services, call us at 888-570-3479.

Will a Digital Mental Health App Be Enough For Your Employees?